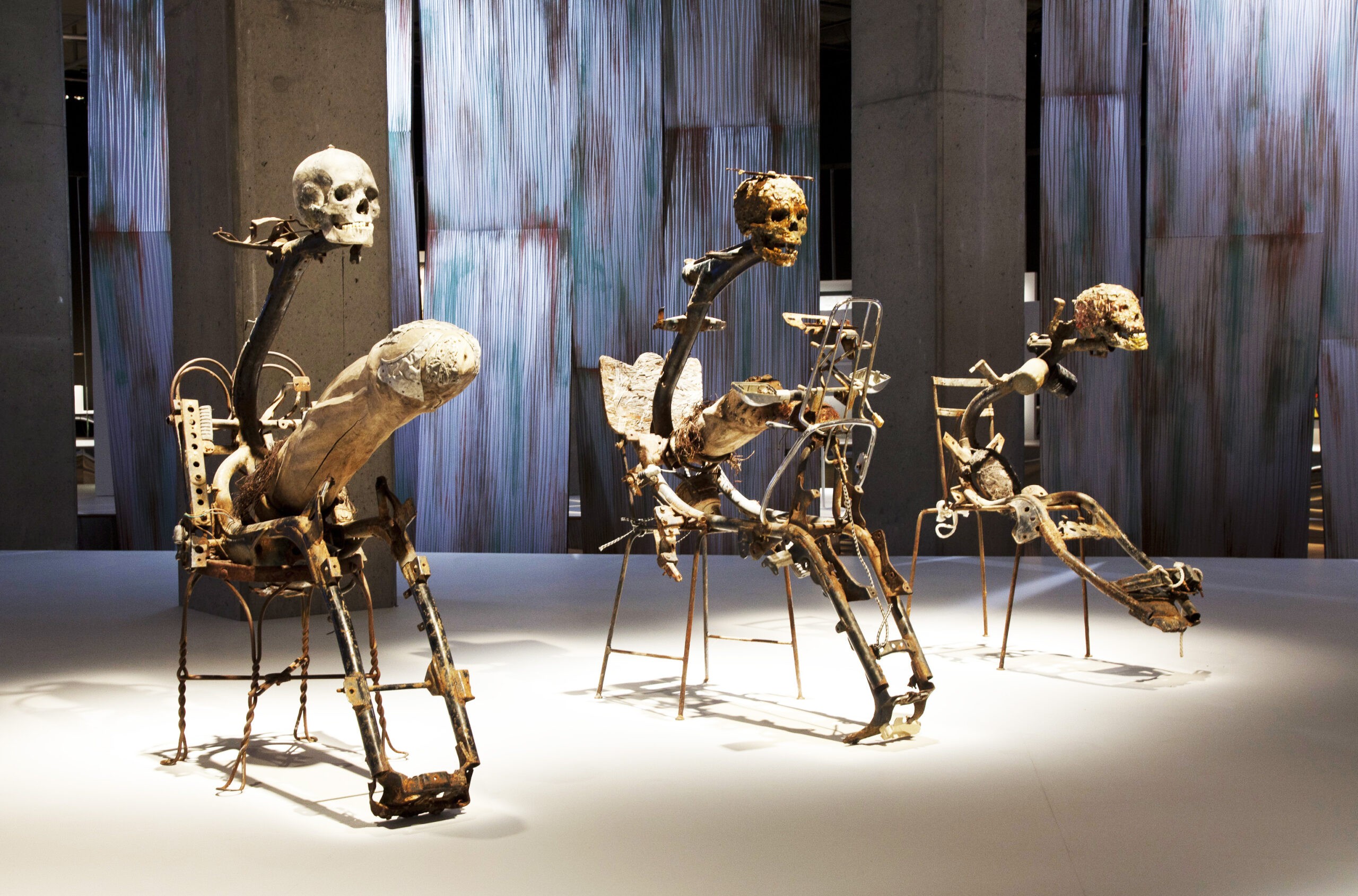 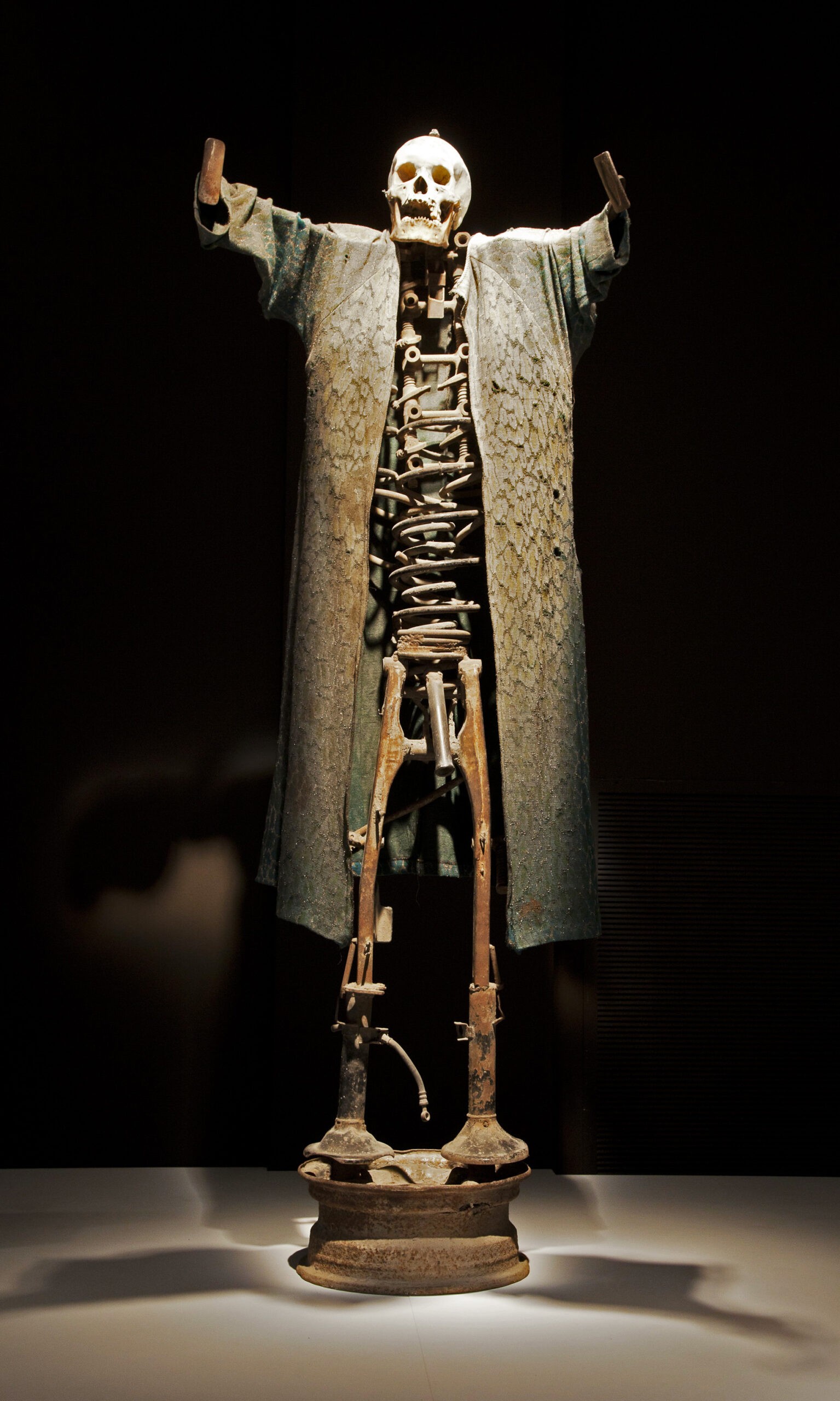 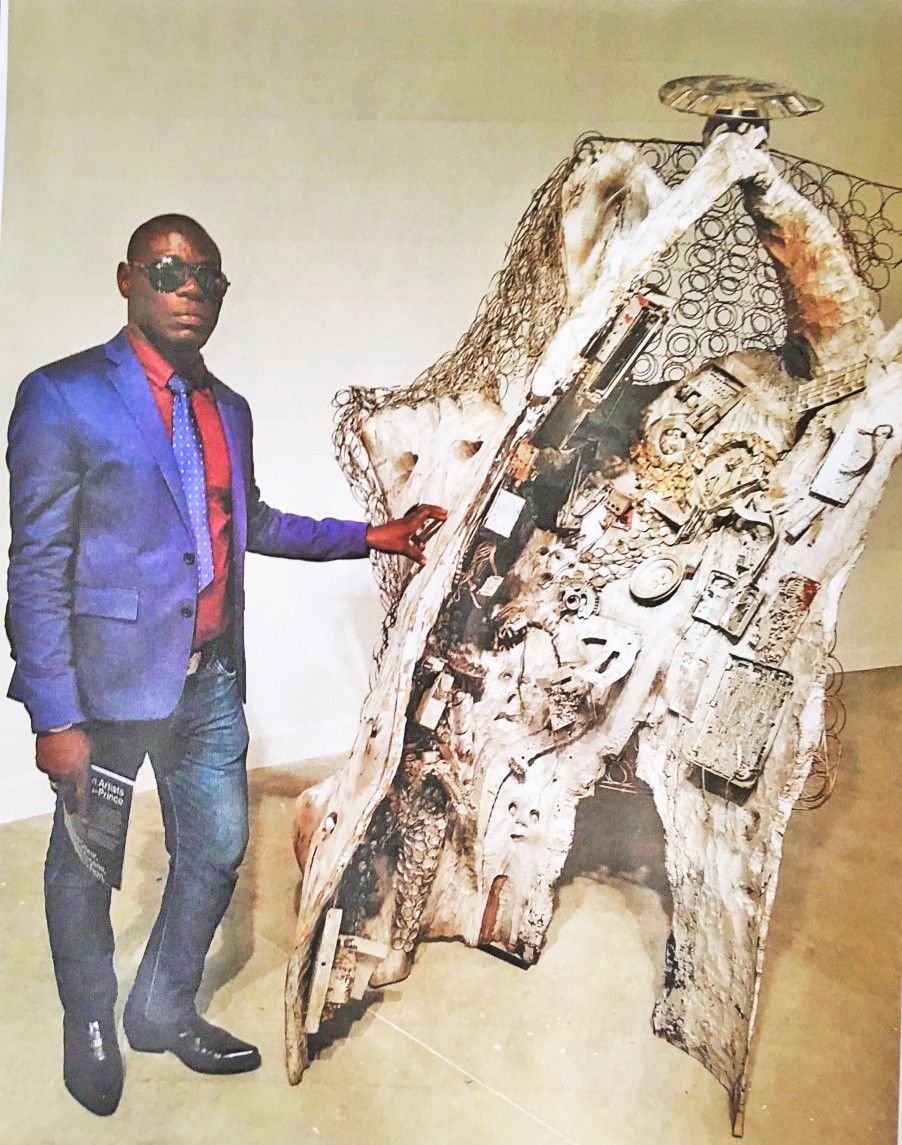 During the 1940’s and 50’s, in debates around Haitian art, the question of authenticity was central. Foreign critics supported the idea that only self-taught artists were authentic for they were free from foreign influences. Times have changed and the evaluation of works produced by the group of self-taught artists, known as Atis Rezistans, no longer centers on their authenticity but rather on their connection to contemporary art movements. The debate thus became more complicated and confusing for the Haitian public because, at the end of the day, they are the ones who must justify this art, give it meaning and make it subsist. So, what is today the situation of the Atis Rezistans community?

The movement emerged from an area of Port-au-Prince, south of “Grand-Rue” (Main Street), a section devoid of important businesses and boutiques and where artisans, in poorly equipped workshops, survive by tinkering, by recycling scraps to make everyday objects.

The question was then: How could these handymen[i] become artists overnight? Defining his new activity as a contemporary art movement created some concern because, on the one hand, it simply suggests “current art”, and on the other, it is an expression under which is grouped the interdisciplinary as well as a rebuttal of any discipline. The Haitian public, having to live with this art, then felt confused and, not identifying with it, simply chose to reject it.

In order to get recognition, the artists of Grand-Rue (Main Street) federated under the name Atis Rezistans and then created the Ghetto Biennale. André Eugène (b.1959), co-founder of the movement, specified: “the Ghetto Biennale represents a positive change in my neighborhood, it gives us a chance to show another side of life in the ghettos of Port-au-Prince. I think we have a lot to offer and a lot to learn”[2]. In his statement, he defined the group’s productions as being the result of community efforts, thus placing the individuals and their creative processes in a social context for a possible transformation of the community.

The Ghetto Biennale’s real objective was to allow the artists of the group to reach an international market, with the possibility of selling their works. Mario Benjamin, (b. 1964) a renowned artist, and one of the instigators of the Atis Rezistans movement, came to their defense in an interview. He insisted on the fact that just like any other work of art, those created through a recycling process also have a cost. Further, some of them incorporate traditional sculptures made from wood that must be purchased[3]. But while it is true that numerous participations in international exhibitions have given the group considerable notoriety, the hope for relief has not reached the anticipated level. Celeur Jean Hérard (b. 1966), co-founder of Atis Rezistans, declared: “Although I cannot live off my art, I feel happy. My work is admired and because of that, I endure all the hardships”[4].

Opinions from foreign critics and participants at the Biennale are mostly published in blogs and certain specialized magazines. These comments are essentially observations of the event and they rarely carry aesthetic judgments. Some dwell on the oppositions between the words Ghetto and Biennale. If the experience offered by the Biennale brings viewers to these artistic productions, it may also bring about a heightened awareness of the environment in Haïti with a multitude of details on everyday life that are not necessarily artistic.

As we have seen in the past, foreign visitors display a particular appreciation for the exotic, the strange, with their comments often focused on voodoo references in many of the works. That is why such opinions served to reaffirm the stereotypes associated with Haitian art instead of arguing against them. Because of that, one can understand the reaction of Haitians concerned by the fact that the Ghetto Biennale could become a form of poverty tourism, especially since the area chosen to hold the event is “a chaotic, amorphous and deinstitutionalized space” as defined on the event’s official website[4].

If the surrounding environment of extreme material poverty can indeed be considered as a source of inspiration for Atis Rezistans, the biennale could well be, as suggested previously by André Eugène, a vector of change in the community. With this idea in mind, prolific Haitian author Gary Victor had a character in one of his novels affirm that: “Debris must become a gateway to neighborhoods so that living conditions can be changed.”[5]

A fair appreciation of the Atis Rezistans works presented at the various editions of the Biennale must be based on criteria different from those the Haitian public is accustomed to. Otherwise local visitors will only see a collection of piled up debris, rubble assembled to make constructions to which they are expected to give some value. The exhibition then becomes a group of aesthetically or poetically unseemly products, a parade of tragic, tormented and sometimes hilarious elements, which constitute a discourse made up of several rebellious voices.

Indeed, they are expressions of the straightforward reality of human beings who, in the bustle of these neighborhoods, nurture a profusion of thoughts, fantasies, images and words. Everything then takes on a provocative appearance, that of a sign or a series of signs of protest. Giving of her appreciation of the sculptures exhibited, a Haitian literary figure, Emmelie Prophete wrote: “They can be frightening, they must be frightening, because they express a whole way of life, a whole way of being, and tell of the needs and despair that we all know.”[6] In a way, she suggests that the Atis Rezistans movement is an attempt to establish a link between art and life, life beyond the community itself, life of all Haitians.

These sculptures contain archetypal bodies from which our imagination can derive. They can be interpreted in many ways and so we will only perceive what ever sense we make of them. For instance, we can get the impression that there exists a play between the aesthetic and the pornographic. The phallus being a reference to sexuality can provoke, or startle. To justify the flagrant presence of erect male organs, Eugene says: “It is a sign of life, of power and of presence.”[7]

Experts argue that archetypal bodies propose the idea of ​​power, especially when things are going badly, when change appears to be an obligation, when facing reality is strenuous, worrisome. Such conditions undoubtedly exist in the Ghetto. But going further, how can we not associate the phalluses that these bodies show off with the main attribute of the loa Guédé[8]. Indeed, if we consider that, as suggested in the Banda dance[9], mating is a way of transcending death by creating life, we can, by extension, imagine that the irony that emerges from these archetypal bodies could be a way of exorcising a great collective fear: the fear of death, the fear of destruction which, beyond the individual, concerns the whole of society. This seems even more plausible since such sculptures stand in the heart of this capital city devastated by the 2010 earthquake.

This malaise has persisted and not without reason. After the last ten years it remains strong. On the night of February 29, 2020, a fire destroyed 19 workshops, 2 artist studios and 12 homes, leaving important participants in the artistic community of “Grand-Rue” without home or means of production that would ensure the maintenance of their artistic practice, their economic activities, and the support of their family.

[1] – A handyman, by definition, is someone who “engages in manual work” and by extension “installs something as an amateur and with ingenuity”. However, in La Pensée Sauvage (1962), Claude Lévi-Strauss notes a difference with the handyman and the craftsman, specifying that the handyman works with the materials available, which would be the case with the Grand-Rue group.

[8] – Guédé is a family of loas that reign over the world death.  Baron Samedi is the maser of cemeteries. 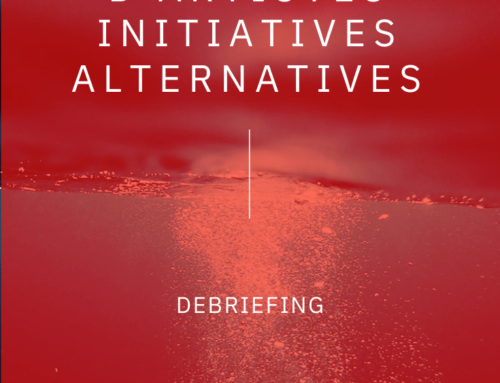 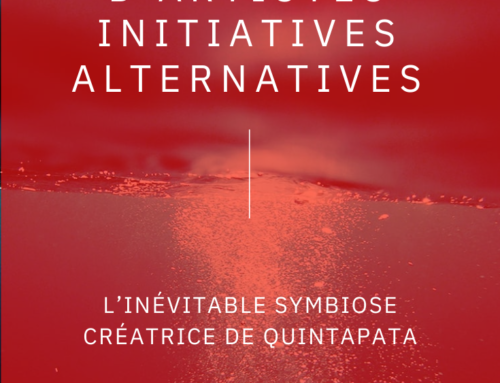 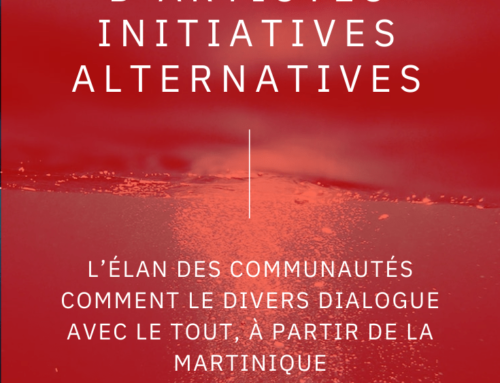 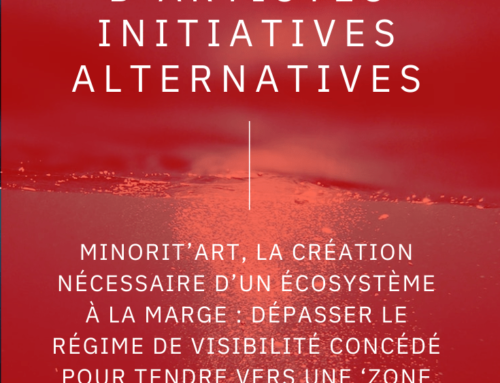